BANG ON THE EAR
Book Bang On The Ear "Now" 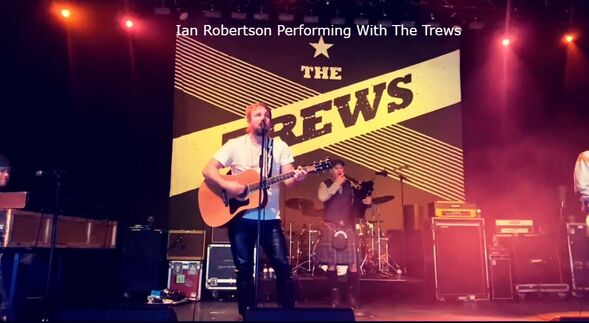 Bang On The Ear ( Of Celtic origin meaning a affectionate kiss or pat on the cheek) have been entertaining crowds since the bands formation in 2006. Led by husband and wife Bradley & Michelle McMillan the band have created a sound all there own while retaining the sounds of traditional Scottish / Irish music and that Glengarry County sound that has remained a staple in the Glengarry County community for 50+ years.  Hailing from Glengarry County, Ontario (Ontario's Celtic Heartland) the home of the annual Glengarry Highland Games and the site for the North American Pipebag Championships, Glengarry is rich in Celtic heritage. The group have released 5 studio albums since 2006 and have garnered over 100000 streams on various streaming platforms. They have collectively written more than 30 original songs, which are featured throughout the bands discography. They have played up and down Canadas East Coast, Ontario and Quebec and have been privileged to have performed at several of the countries top drawing festivals and Entertainment events including The Glengarry Highland Games, The Prince Edward Island Shellfish Festival, New Brunswick's Casley Park Summer Concert series, Canadas Irish Festival (Miramichi, New Brunswick) , The Almonte Celtic Festival & The World Education Festival. They have performed at some of the most reputable Irish pubs through out Canada including The Douglas Hotel, Hurleys Irish Pub, The Olde Dublin Pub, PJ O'Briens and Dolans Irish Pub to name a few. They have been fortunate enough to have performed alongside The Mahones, Jimmy Rankin, Signal Hill, Ashley MacIssac, Joey Kitson (Rawlins Cross), The Trews and more. There live show is one that must be seen in person as the bands love of traditional Celtic music and there love of Glengarry County shines brightly every time the band takes the stage. Slainte,